I DID attend a consultation event

This morning I was right riled up by ever excellent reporting by Greener Leith to do a big ranty pro-cycling, cycling infrastructure blog post about the state of Leith Walk. After all, the day of the Ghost Bike protest at the Scottish Parliament, cyclist deaths on Scotland's roads were very sadly increased to the same number as last year, and we still have five months to go. And the BBC (and other media) still use shorthand headlines like "Cyclist dies in collision with car" - those amazing driverless cars we have in Scotland now. No, the cyclist died being hit by a driver. Leith Walk at the moment is so bad it's a road I never cycle down. It's not just bad at the moment for cyclist. On buses, the road is so potholed it actually hurts to be a passenger. On the pavement, loads of flagstones are loose and many have been replaced with awful looking bits of tarmac.

Anyhow, instead of ranting into my blog, I decided to attend a consultation event run by the Council this evening at a local library. I was actually really impressed. First of all, it has to be said, the plans are in no way perfect, but they are a massive improvement on how the road is or has been. The other really good thing was chatting to the officers they were also massively ambitious and open to new ideas. They genuinely wanted to co-produce a fantastic new space in the city.

Specific very positive things for me were:
Things I had question marks about were firstly planting - the plans did not fully detail what planting would be (re)introduced (the trees they ripped up for the trams were getting to a nice stage of maturity. It was explained that there would be trees where there could be, but because of the utility diversion work because of the tram (which is why we're in this mess) there is limited space for planting. However, they are keen to put flower beds along the road and to have these as community-managed space, hopefully like London's new edible bus stops and I had a great conversation with one of the officers about the possibility of retro-fitting sustainable urban drainage systems (SUDs) during the renovation, like Portland has done so fantastically well. 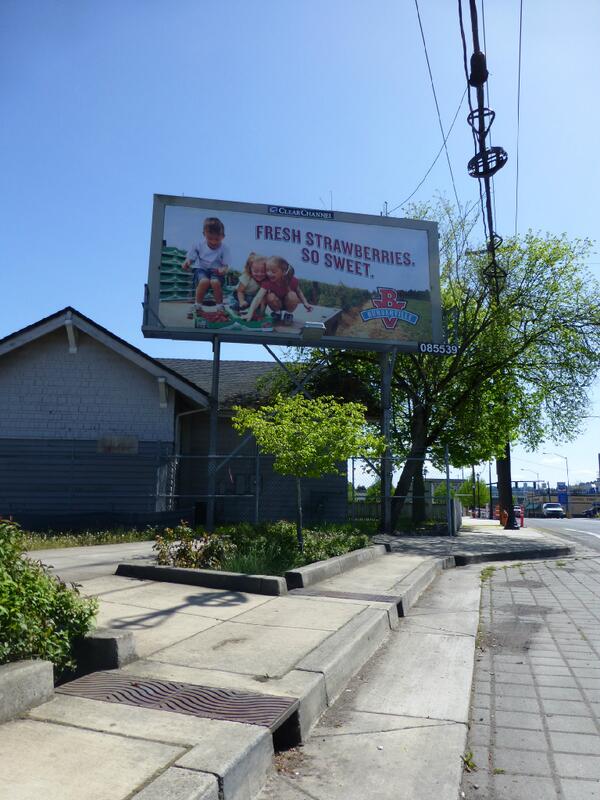 Secondly, I do think that non-motorised transport should be prioritised right down the road. That means in the narrow bits not ditching the segregated cycle paths, but ditching the road space and making cars wait - like they do in the Netherlands. When I asked about this, the reason given for not doing this is they don't want to make it so difficult to drive down that Bonnington Road and Easter Road end up overwhelmed, and they don't want a modal shift away from buses if they become too slow. I can see why they have these concerns - Leith Walk is a major bus route to the north of the city and also a major distributor in the road hierarchy. But why be so cautious? Why not just prioritise pedestrians and cyclists over other modes and see what happens? If surrounding roads get too busy, then invest in them in the next wave of road improvements. The Netherlands and Denmark (see slides in particular) got their cycling infrastructure N.B. the tense. It didn't magically appear overnight. It took decades of investment and improvement and they continue this improvement today. Making Leith Walk a truly road for pedestrians and cyclists would be a fantastic start to making Edinburgh a city designed for sustainable transport.

Thirdly, the top and bottom of Leith Walk at the moment are just blank spaces. At the southern end (the top) the proposed (or even better, the more improved) cycle paths do need to be linked up to decent east-west grade-separated cycle paths across the city centre. Hopefully the plans for the city centre will go some way towards that. At the Foot of the Walk the Council need to stick to their guns and go for a proper shared space to improve the town centre. The traffic will already be slowed greatly by the plans as they stand. There is no reason why they can't go for a really nicely designed shared space.

Finally, the other constraint that was raised was, of course, money. I don't get this fully myself. Even the basic plans mean basically digging up the entire road and relaying it - surely relaying the pavements slightly bigger or smaller and painting markings a bit differently on the road can't cost that much more? Also, as I mentioned to an officer as I left, perhaps they could ask the Scottish Government to spend some of the £400k that's being pointlessly wasted on the utterly non-evidence based "Mutual Respect" campaign? Or even some of the £3bn making us more car dependent dualing the A9?

It was striking cycling in Germany on a very recent holiday. The Germans do have good cycling infrastructure and some absolutely superb shared spaces (including 10km/h zones). But the cycling infrastructure in particular is not up to Dutch or Danish standards - it's much more pragmatic. The German's will happily send you off on a slightly round-about trip down a quiet suburban road to keep you away from a main road. But they still work because of simple things - they're very well signposted and joined-up; you're not dumped at the end of one wondering what to do, they'll be a very clear white a green signpost telling you your various options. It's even the simple things like this we get so wrong in the UK.

I want to end on another positive point. I was very impressed by the consultation event - it is clear Edinburgh Council are keen to engage and want to get people's views. It wasn't perfect community engagement by any means, but they are trying. And just like the plans themselves, this is a massive improvement on what's happened before.

I just wanted to add another point to this that I couldn't do last night because my interwebs stopped working. My mum, aged 65, learnt to ride a bike this year. She sent me a wonderful photo of her wobbling down a path in a park helped by her instructor. She's not a confident cyclist and could never go out on Britain's roads at the moment. What struck me in Germany was that in all the small Bavarian towns we passed through it was exactly people like my mum who used the bike - because it was cheap and convenient for short journeys. People exactly like my mum, and even older, would happily cycle along a mandatory cycle lane, shove their hand out left, wobble a lot and then veer across the road in front of the traffic to turn without a care in the World. Coming back from holiday, I thought I'd use my fitness to cycle into work (at the moment I take the train in, because it's uphill all the way). Even as a very confident vehicular cyclist the main thing that stops me now is the knowledge of all the dangerous right hand turns I would have to do to get from Leith, through the city centre to Dalry.

Getting off the train at Edinburgh Park to come out to the Riccarton Campus here I can use off-road cycle path just about all the way. It is very striking that in the opposite direction, every day, I'm passed by about ten other cyclists happily and confidently cycling to work in Edinburgh Park and South Gyle. This is the difference that safe cycling infrastructure.

I want people like my mum to be cycling in Edinburgh. I want a mother of a four-year-old who goes to Lorne Primary to feel confident she can cycle up Leith Walk with her kid on a wee bike tootling behind her. The proposals for Leith Walk are an improvement, but they can be so much better.
Posted by Dr Peter Matthews at Tuesday, July 23, 2013